Born in Chicago, Wade is the son of former National Basketball Association player Dwyane Wade . After his parents divorced in 2010, his father married actress Gabrielle Union in 2012. He has two younger step brothers; Xavier and Zaya , one step sister Kaavia. His father often took him and Zaya, to games where they often shot around with the team in warm-ups.

For his freshmen year of high school, Wade played basketball  Mount Carmel High School in Chicago, Illinois. Also on the team, nicknamed the Caravans, was his cousin Dahveon Morris. Both played on the school's freshman team. For Wade's next two years of high school he played basketball at American Heritage School in Miami Florida. On May 29, 2019, it was announced that Wade was cut from his high school team for not being good enough later on he would transfer to Sierra Canyon School, a private K–12 school in Chatsworth, Los Angeles, for his 2019–20 senior year in high school.

After high school, he transferred him to Monteverde Academy in Wolfeboro, New Hampshire. Fast forward 2 years Wade is 19 and still not on an NBA roster it's been made clear by numerous scouts that Wade isn't good enough.Recently Wade was drafted 10th overall by the Utah Jazz G league affiliate the Salt Lake City Stars which his Father Dwyane Wade owns a percentage of.Zaire made his G League debut dropping 10 points off the bench. 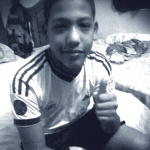 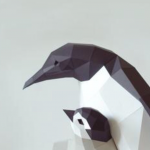