Vanessa Marie Bryant (born May 5, 1982) is an American former model and philanthropist.

Bryant was born in Huntington Beach, California. She is of Mexican and Irish, English, German descent. Bryant attended St. Boniface Parochial School in 1996, and was a member of the varsity cheerleading squad before transferring to Marina High School. She graduated with honors in 2000 and married Kobe Bryant shortly after graduation. Bryant has made appearances in numerous music videos for artists such as Tyrese, Ludacris, Pharrell, and Snoop Dogg.

On April 18, 2001, she married Kobe Bryant at 18 years old. Their daughter, Natalia Diamante, was born 2003. Due to an ectopic pregnancy, Vanessa suffered a miscarriage in the spring of 2005. On May 1, 2006, she gave birth to Gianna Maria-Onore. On December 16, 2011, Vanessa filed for divorce, citing irreconcilable differences, and the couple requested joint custody of their daughters. On January 11, 2013, she announced via social media that they had called off their divorce. Their third daughter, Bianka Bella, was born 2016. Their fourth daughter, Capri, was born on July 4.

On January 26, 2020, Kobe and Gianna died in a helicopter crash near Calabasas, California. 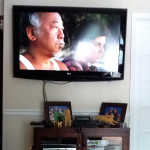 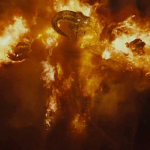