Curry was born in Radford, Virginia to Cleive and Candy Adams. At Radford High School, Curry played volleyball, track and field, and basketball. She matriculated to Virginia Tech as a student athlete, where she played volleyball, she tallied 57 aces the sixth-most in a season in Virginia Tech history as a junior. She received a degree in Education. According to her best friend and college roommate, the volleyball team was popular largely due Curry.

Curry is president of the Christian Montessori School of Lake Norman in Huntersville, North Carolina, which she founded in 1995. The Montessori School is a non-profit Christian school dedicated to following Christ as well as the spiritual and academic development of the whole child through the Montessori method of education. Her children attended the school.

Starting when Stephen was in college playing with Davidson during the 2008 NCAA Tournament, Curry began being a favorite shot for college basketball television producers. When Seth was playing college ball with Duke, her celebration of his three-point field goal against North Carolina in February 2013 had her trending on Twitter.[12] She remained popular on the Internet during the Blue Devils' run in the 2013 NCAA Tournament.[6]

As she often receives camera time in the audience of Golden State games, Curry has been described as royalty in the NBA.[13] Curry is often interviewed about how she successfully raised professional athletes, including two-time NBA Most Valuable Player Stephen. She shares how the family has been successful over time, including how they have dealt with their children's success in the NBA.[14][15]

Curry is a Christian. She was married to former professional basketball player Dell Curry. The two met at Virginia Tech where they both were student athletes. Her oldest son Stephen plays for the Golden State Warriors and has won three NBA championships, while her younger son Seth plays for the Philadelphia 76ers, and her daughter, Sydel, played volleyball at Elon University. On August 23, 2021, Curry and her husband, Dell, announced that they were divorcing after 33 years of marriage. 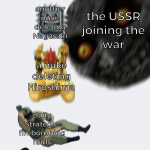