Me’arah Sanaa O'Neal (born May 1, 2006) is an American basketball player who attends Crossroads School in Santa Monica, California. She is the daughter of Hall of Fame NBA player Shaquille O'Neal.

Born in Miami, Florida, O'Neal is the daughter of former National Basketball Association player Shaquille O'Neal and Basketball Wives star Shaunie O'Neal and has five siblings. She grew up in Los Angeles, California, where her father spent most of her NBA career with the Los Angeles Lakers. She has three older brothers, Myles, Shareef, Shaqir, and two older sisters, Taahirah and Amirah. Her parents are divorced.

In 2016, O'Neal and her family premiered in their reality show, Shaunie's Home Court.

Like her older brother Shareef O'Neal, O'neal attends Crossroads School in Santa Monica, California. However, she will not be able to play with the varsity basketball team in the under California Interscholastic Federation (CIF) rules. 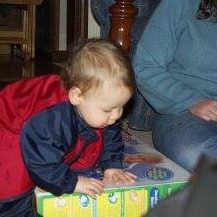